Watch | How do I make a flipbook?

Flipbooks are amazing. Books of still images that look like they’re moving when flipped through. What could be simpler? And yet since the humble flipbook was patented in 1868, it’s paved the way for the invention of the films, TV, and computer games we know today.

Flipbooks are like animated movies you can carry in your pocket, and the best thing about them is they’re really easy to make.

How to make a flipbook

What do I need?

All you need to get started is something to draw with – a pen or pencil, and a rubber – and something to flip. You could use a notebook, some sticky notes, or some cards joined together with a bulldog clip.

Before you start your flipbook, have a think about what story you want to tell. Give your story a beginning, middle and end. Perhaps you’d like to draw a rough version of your story in the form of a comic strip or storyboard first?

Don’t forget, you’re going to have to draw the pictures over and over again, so avoid making your designs too complicated. 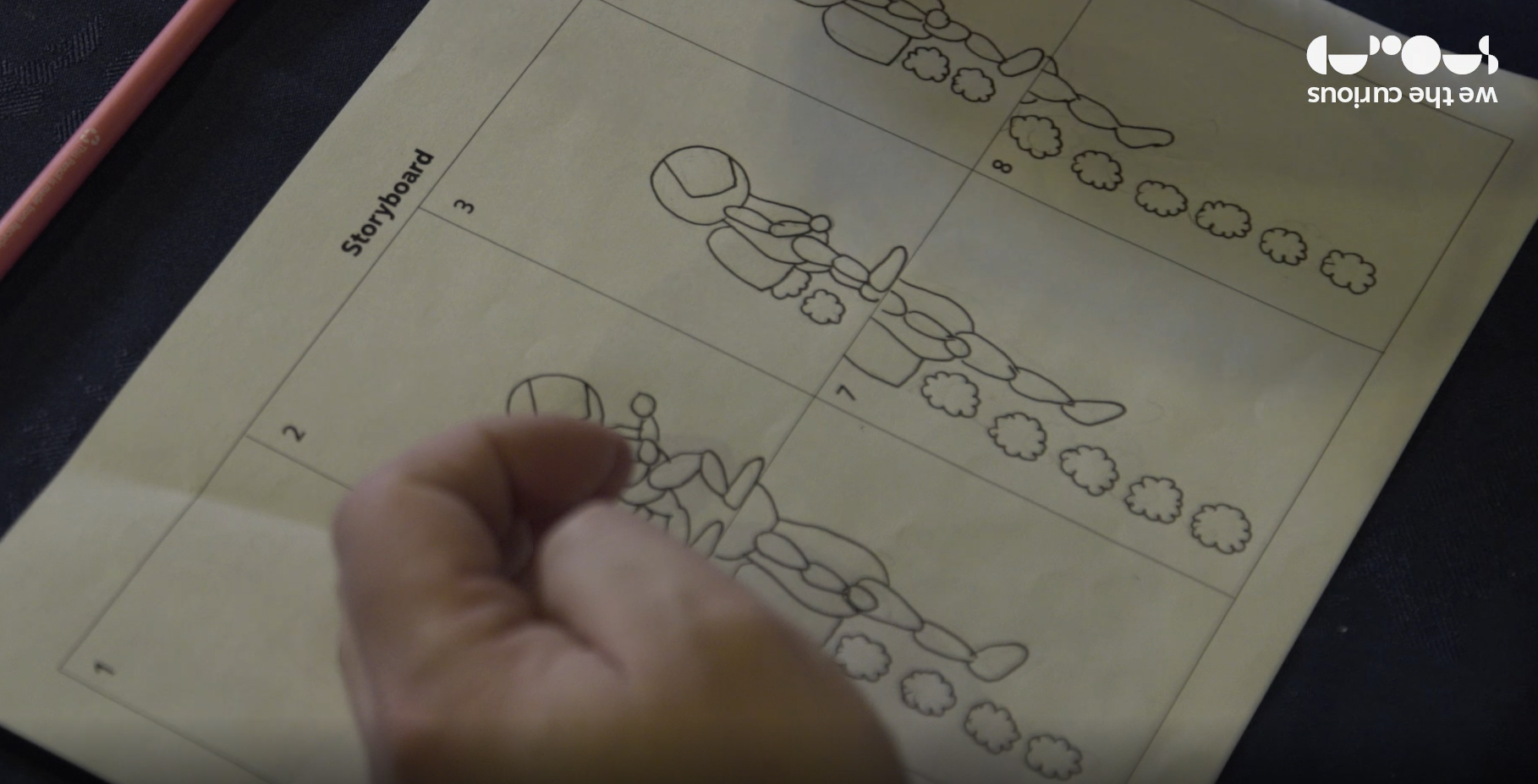 Tip 3: Start from the back

You can flip a flipbook from front to back or from back to front but starting at the back gives you a huge advantage. As you draw on each page of your flipbook, you can trace anything that hasn’t changed from your previous image. This technique is called onion skinning and is a great way to help your animation to look really slick and professional.

If you can’t quite see through your page, you can hold it up against a window or light so you can trace through.

It’s also good to draw your first two pages exactly the same, so when we flip through the book, we get a good look at how your animation begins.

Tip 4: Think about how things move

This means that if you’re drawing a moving ball then you might want to think about why it’s moving. Did somebody kick it? Does the ball stop? What stops it? Does the ball change direction? Why? Does it bounce off something?

What if our flipbook story is set in space?

In space if you kick a ball there’s nothing to stop it. No walls to bounce off, no air to slow it down, no gravity to pull it down. That ball could keep travelling forever. That would make for a very long flipbook!

Newton also told us that every action has an equal and opposite reaction. This means that if you kicked a ball in space, you would be sent flying back in the opposite direction, with nothing to stop you! That could make for a dangerous game of football, but an amusing flipbook! 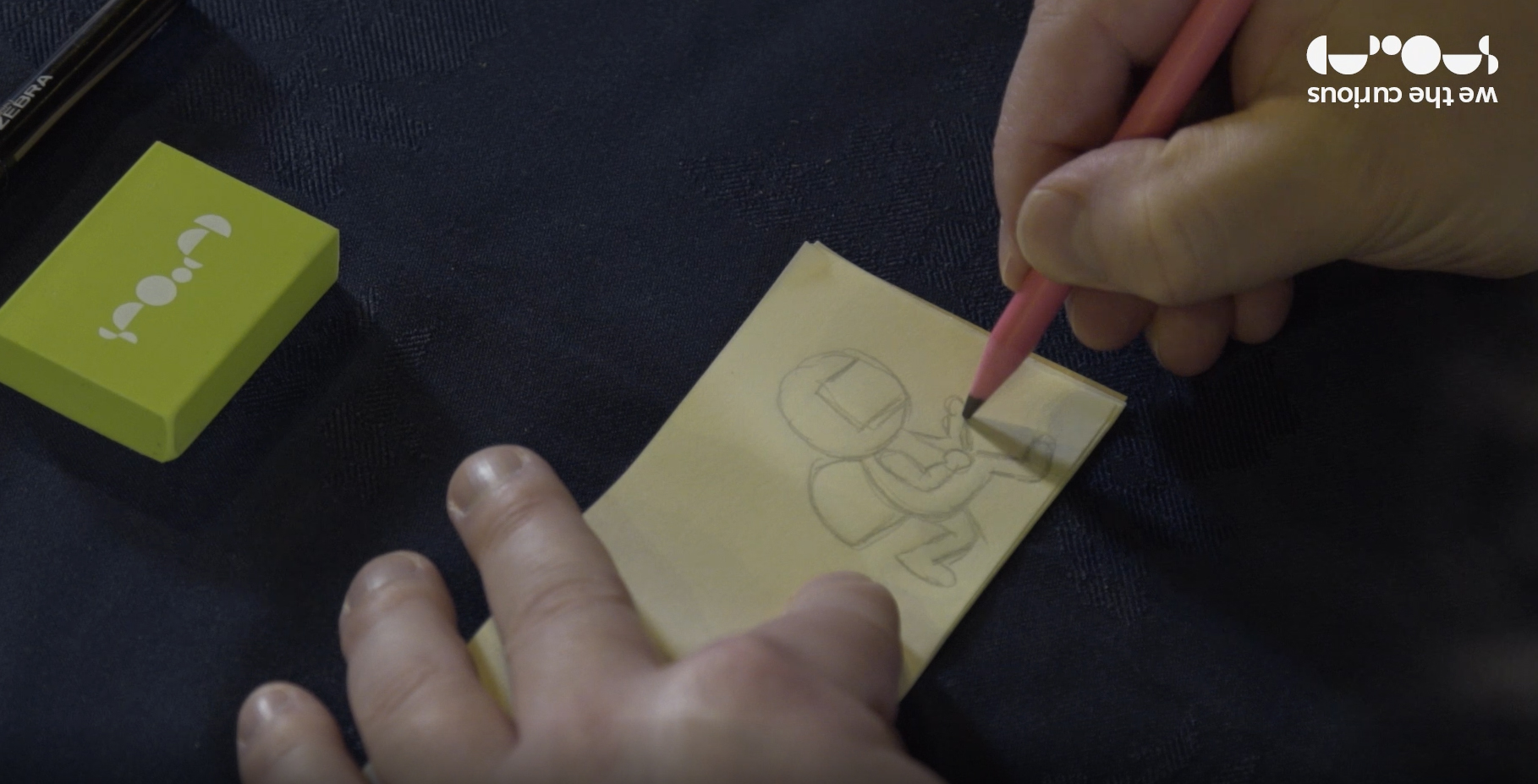 One of the most important tips is to go back and check your images every couple of pages. It’s good to work in pencil because then you can easily rub out anything you’d like to change.

Once you’ve drawn every image, you can leave them as pencil drawings, or you can go over them in pen, or even colour them in. If you colour your drawings in, make sure the colours are the same on every page.

By following these tips you’ll be able to make your very own flipbook.

But if you’re really interested in animation, there’s always more to learn!

The 12 principles of animation

In 1981 Disney animators Ollie Johnston and Frank Thomas published a book called The Illusion of Life: Disney Animation. It’s been called “the Bible of animation” and “the best animation book of all time”.

In the book Johnston and Thomas lay out 12 basic principles or rules of animation. These rules are still being followed by professional animators to this day.

Squashing and stretching the object or character you’re drawing will make it look flexible and give the illusion of weight.

What clues are the objects or characters in your animation giving that they’re about to move? If your character is about to jump, are they bending their knees?

You’re the director! Use different camera angles or play with light and shadow to make it clear to the audience what’s going on in your animation and what they should be focusing on.

Think about how the loose parts of a character’s body should move. If your character is in motion and then stops suddenly, things like hair or long clothing will keep on moving briefly before catching up.

Straight ahead and pose-to-pose action

Sometimes animators draw every movement in an animation from beginning to end. This is called “straight ahead action”. On other occasions an animator may only draw the major actions and then fill in everything in between later. This is called “pose-to-pose action.”

Slow in and out

Drawing more images at the beginning and end of a sequence will make it look like your character is speeding up and then slowing down again.

Actions should follow an arc to make them look natural. If your character is moving their arm, the path that arm follows should be a curved arc rather than a straight line. Unless of course, your character is a robot and is supposed to have unnatural movements!

Think of an extra action that your character might do to complement the main action. If your character is walking, maybe they’re swinging their arms too?

Your characters should have personalities. The viewer needs to find them interesting enough to want to follow their story.

If you have an interest in drawing and storytelling, who knows? One day you could be following these same basic principles at a studio like Aardman or Pixar.

And your journey could start with a flipbook!

A massive thanks to the Year 6 pupils at Hareclive E-Act Academy whose ideas, questions and prototypes have inspired this article as part of our Hareclive in Space project. 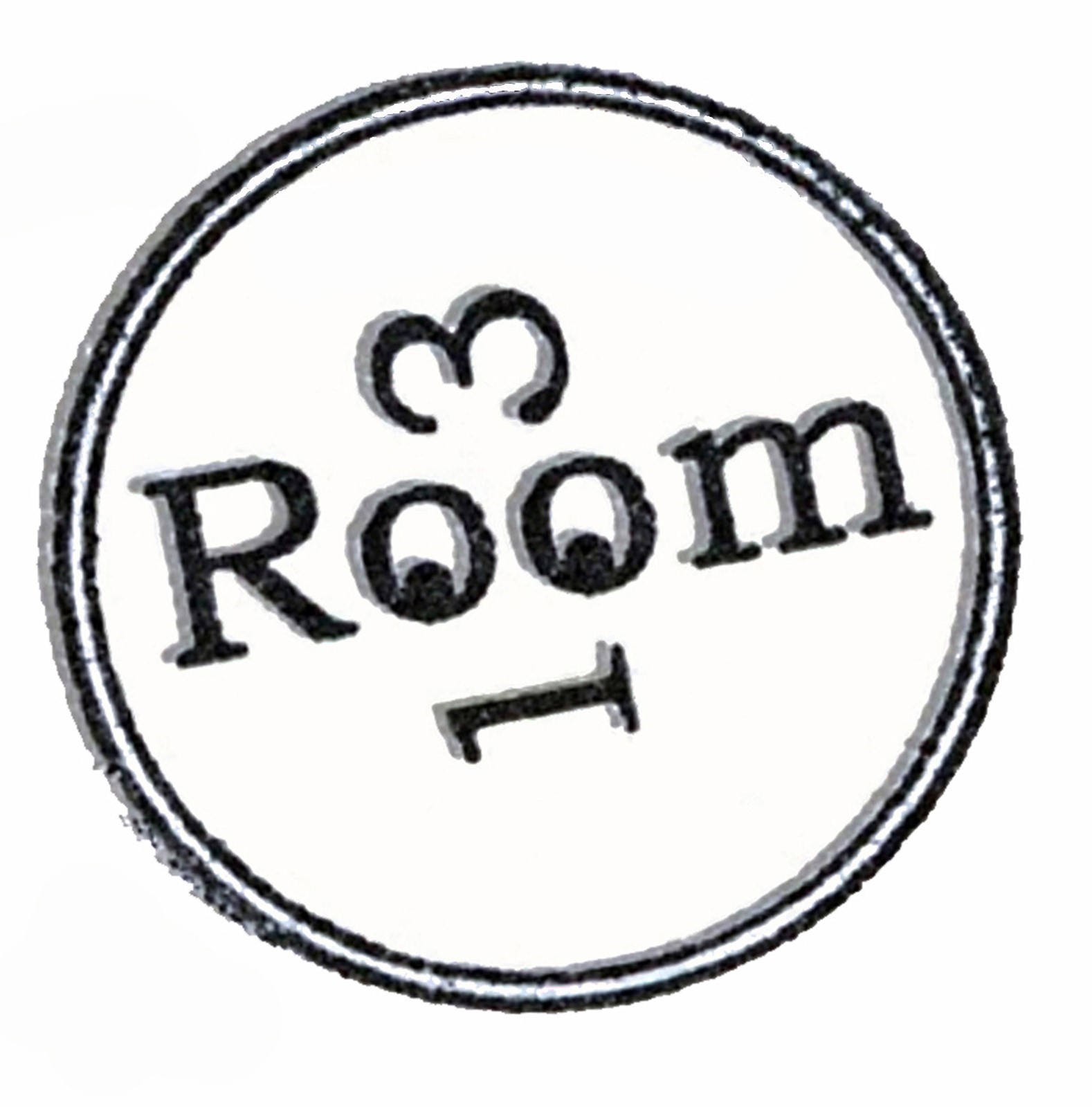