Read | “Where can I find my star sign?” — a great question to ask an astronomer

One of my favourite aspects of being a member of the Planetarium presenter team at We the Curious is talking to visitors after a show and discovering what they're curious about. Astrology is a topic that comes up a lot during these discussions.

For example, we are often asked “where can I find my star sign?” This is a very interesting question with an answer that involves more science and history than you might imagine.

Is astrology different from astronomy?

Astrology is a pseudoscience that involves studying the movements and relative positions of celestial objects in an attempt to divine information about human affairs and the natural world. It’s enjoyed a resurgence in popularity in recent years, particularly among millennials. Social media is filled with astrology related memes and there are even apps that can write your horoscope for you.

Astronomy is very different to astrology — it involves the use of mathematics, physics, and chemistry to study celestial objects, space, and the physical Universe as a whole. Astronomers are generally dismissive of astrology.

In a 2014 tweet, astrophysicist Neil deGrasse Tyson lumped astrology in with Scientology and declared that “Just because you can append an -ology to a word, does not make it based in objective reality.”

If I’m honest I’ve always shared the skepticism of the astronomical community, although I understand why so many find it appealing. We’re living in a time of great political and economic uncertainty and it’s small wonder that people are looking for something to believe in.

I decided to do some research into the topic, in order to make myself better equipped to answer some of the astrological based questions that we receive in the Planetarium. Following my research, I can’t say I’m a believer but I must admit to a new found respect for astrology.

The study of astrology reveals a great deal, not just about science, but also world history. It’s also fair to say that astronomers owe astrologers a tremendous debt. Without astrology we probably wouldn’t know half as much about astronomy as we do today, and I may well be out of a job!

Until relatively recently, astrology and astronomy went hand in hand. But it wasn’t exactly an equal relationship. Astronomy was merely, as Hugh of St Victor described it in his 12th Century writings, the practical arm of astrology. The first astronomical records were kept to help the astrologers read and understand omens.

Astronomers were just the bean counters. They collected the data, while the astrologers had the glamorous job of interpreting that data.

The 17th Century astronomer Johannes Kepler, famous for his laws of planetary motion, was also well known in his day for his horoscopes. He described astronomy as “the wise but poor mother who should starve should her daughter, astrology, not support her.”

Astrology had an influence on many branches of science. Hippocrates - a Greek doctor working around 460 BCE, famous for instituting the Hippocratic Oath — created an astrological system of medicine. Hippocrates believed the planets influenced the balance of the four humours (blood, black bile, yellow bile, and phlegm) and the signs of the zodiac governed different parts of the body.

So if you had a headache it was probably because the wrong planet was in Aries! 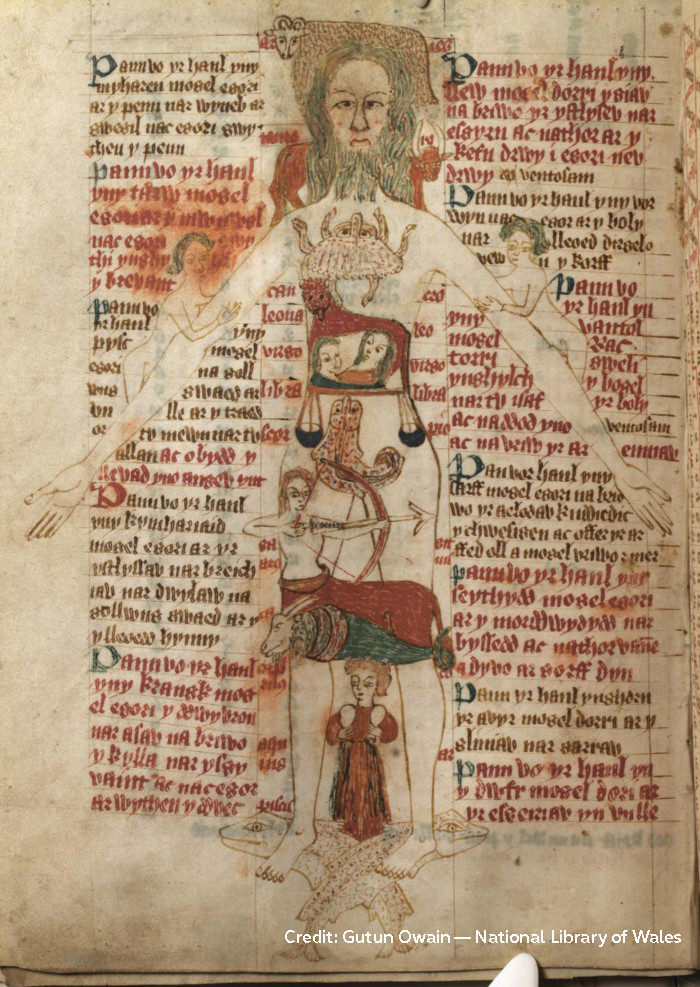 Astrology didn’t start to lose its scientific respectability until the latter half of the 17th Century. This was possibly due to a number of scientific developments such as the invention of the telescope and a Sun-centred Universe becoming the standard model.

While all this may provide some interesting background and context to astrology, it doesn’t answer the question that’s so frequently asked of us in the Planetarium, “where can I find my star sign?” This is not an easy question to answer, because your star sign may not actually be what you think it is.

Our astrological star signs are all based on the constellations — the patterns in the stars — that form the zodiac. The zodiac is an area of the sky that extends roughly 8 degrees north or south of the ecliptic — the apparent path of the Sun across the celestial sphere over the course of the year. The paths of the Moon and visible planets are also within the belt of the zodiac. This belt covers 12 constellations, and astrologers believe they are of great significance. 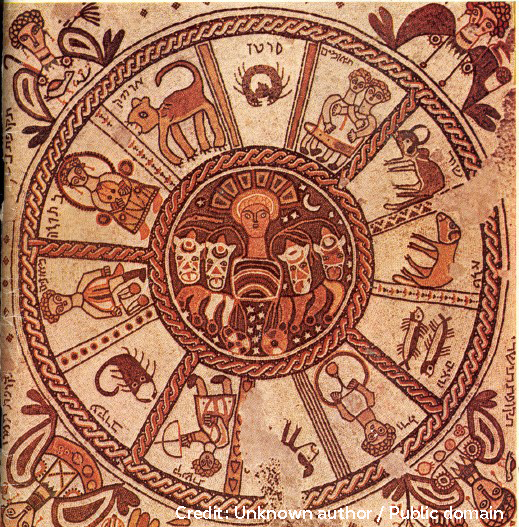 You may have heard that your star sign corresponds to whichever constellation seemed to hold the Sun within its boundaries on the day you were born. This is sort of true, but not exactly!

The astrological system generally used by Western astrologers today is called Tropical Astrology, and it’s based on the astrological map of the stars as they were around 2000 years ago. This system does not correspond to the visible zodiac because the stars have, from our perspective, apparently moved.

Planet Earth may look like a big, blue marble, but in fact it’s not a perfect sphere — it’s flattened at the poles and bulges at the equator. This, along with Earth’s gravitational interaction with the Sun and Moon, means that the Earth’s axis has a slow wobble as it rotates.

Thanks to this wobble, from our perspective on the surface of Earth, the stars look like they’ve shifted position over the course of thousands of years. This apparent movement is called precession. 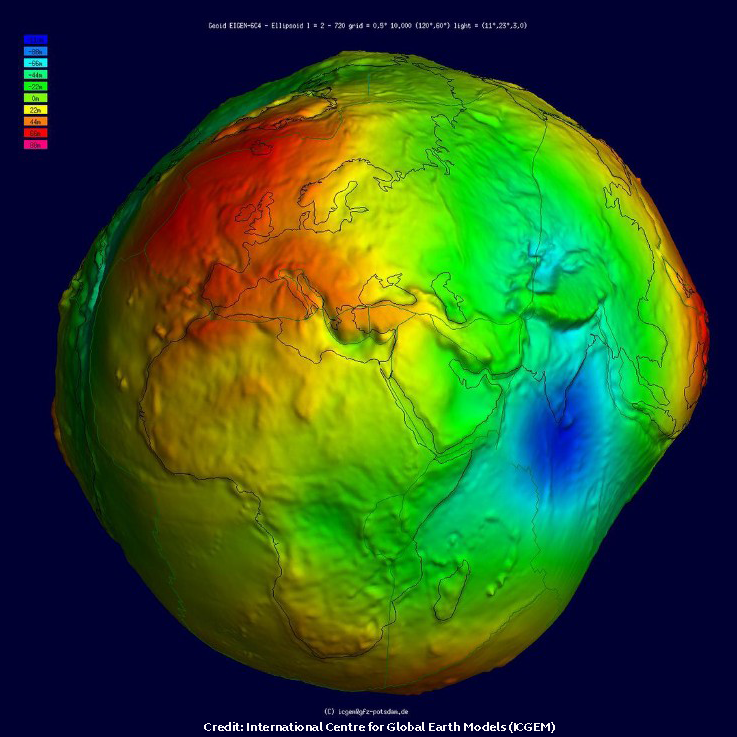 This means that we’ve not always had the same North Star! Over the course of 25,772 years the North celestial pole — the point in the sky about which all the stars seen from the Northern Hemisphere seem to rotate— makes a slow circle across the sky. 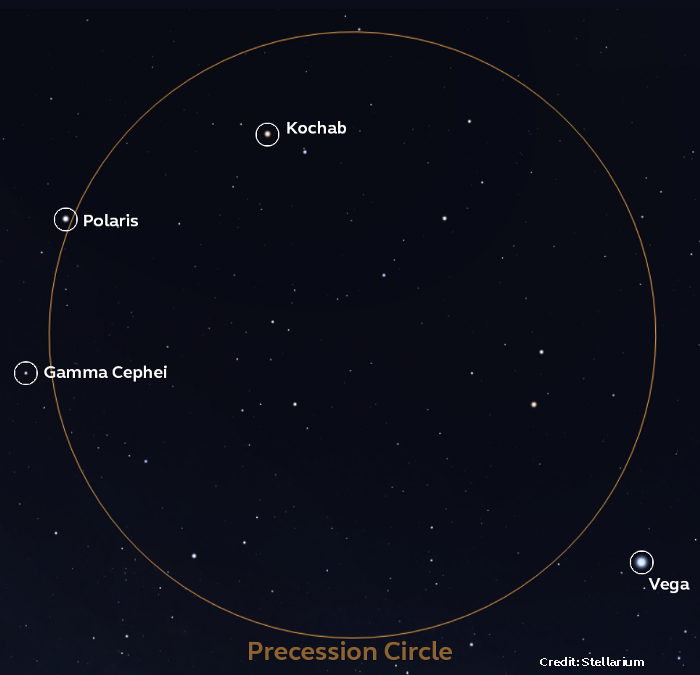 Precession also means that the constellations of the zodiac have apparently shifted since the astrological maps were first made thousands of years ago. Your horoscope may tell you that you’re an Aries but that doesn’t necessarily mean the Sun was in Aries on the day you were born. As far as Tropical astrologers are concerned, the area representing Aries begins with the Sun’s position at the March equinox.

This defines the rest of the zodiac from that point on, regardless of what position the actual constellations are in.

Take a look at this clip from our Planetarium show, Spring Stargazing 2020. It follows the Sun as it moves through the signs of the zodiac over the course of a year. The Earth’s atmosphere has been removed so we can see the stars in the daytime. On the left is the present-day sky, while on the right is the sky of 2000 years ago, around the time the astrological charts were made.

Can you see what sign the Sun is in on your birthday? Is it what you thought it would be?

While Western astrology is based around the Tropical Zodiac, there are other astrological systems too. Traditional Hindu astrologers use a system called Sidereal Astrology. It’s a system that takes precession into account. Rather than being oriented to the seasons, it is oriented to the fixed stars.

More recently, some astrologers have devised astrological systems that correspond much more accurately to the physical constellations. These systems involve constellations that aren’t all the same length, and a 13th Zodiac constellation — Ophiuchus.

This constellation lies between Scorpius and Sagittarius and is meant to depict a man grasping a snake. The snake is a separate constellation known as Serpens. 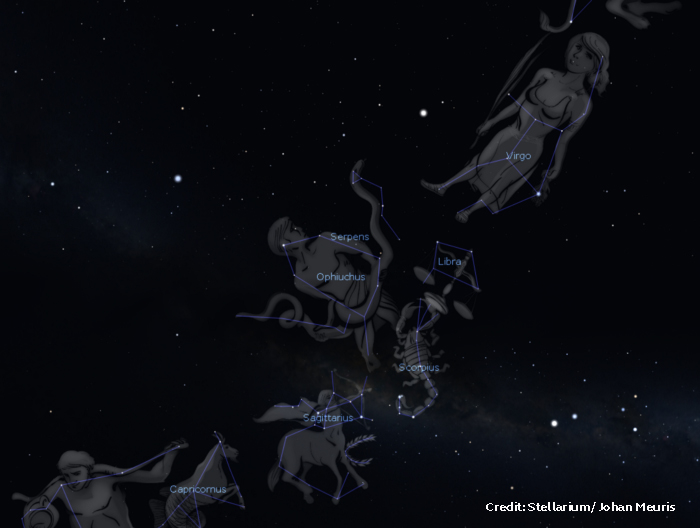 Astrology and the origins of the constellations

Precession then, has made astrology quite complicated, but it may also have influenced the creation of the constellations within the zodiac, way back in ancient Mesopotamia. Emily Winterburn, Curator of Astronomy at the Royal Observatory, Greenwich, has theorised that the constellations of the zodiac didn’t arrive all at once but rather in groups of four, and in three stages roughly 3000 years apart.

The first four mark the position of the Sun at the two solstices and two equinoxes around 6500 BCE. Thanks to precession these astronomical markers shifted, and by 3500 BCE these four constellations no longer marked the solstices and equinoxes. As a result, four new constellations were created. Around 3000 years later the same thing happened again.

The ancient Greeks adopted many aspects of Mesopotamian astrology, including their constellations. Greek thinkers, such as Marcus Manilius and Claudius Ptolemy wrote about the rules and logic of astrology. The word zodiac comes from the Greek zodiakos kuklos or “circle of animals” referring to the various animals and other symbols that make up the zodiac.

A signpost in the sky

As you can see, “Where can I find my star sign?” is an excellent question with a complex answer. Astrology may not be a scientific way of looking at the world, but that doesn’t mean its history is any less interesting or illuminating. Investigating astrology can teach us about the rotation of the Earth itself, and your star sign is a signpost on a road that takes us back to very origins of astronomy!

If you’d like to find out a bit more about precession and the signs of the zodiac then take a look at the video below. It was originally live streamed on Facebook, and I use the free Planetarium software, Stellarium (download it here!) to explore the topic. If you're interested in some further reading I recommend The Stargazer’s Guide: How to Read Our Night Sky (2008) by Emily Winterburn.