Is At-Bristol's Planetarium intelligent? You tell us.

If you’ve seen the film ‘The Imitation Game’ you might know the story of Alan Turing, the man who invented a machine to break the Enigma code during World War 2, and in doing so become one of the founders of the modern computer age.

One of Alan Turing’s most influential ideas was a test to see if a computer could be considered artificially intelligent. To pass the ‘Turing Test’ a human should be able to type messages into a computer and not be able to guess if the reply is coming from a human in another room, or from the computer itself.

Modern computers are now over 1 trillion times more powerful that when Turing came up with his test in the 1950’s. They fly planes, drive cars, allow us to communicate across the world, take us to the edge of the solar system and, in the supercomputers like those at the MetOffice, even predict the future. But, at the time of writing, there is no computer which has passed the Turing Test.

The challenge is this - even though modern computer processors have billions of transistors which allow them to do trillions of calculations every second; calculations alone do not make a machine human.

Humans are spontaneous and unpredictable; we are emotional, we feel, we grow and we learn - all sorts of things that makes humans innately human. If a computer is to pass the Turing Test the computer has to combine its calculating power with software that can imitate humanity.

Right now all around the world technologists are working on ways to create this model of a human on a computer. They are looking into questions like ‘how do we think’, ‘what is a thought?’ and ‘what is human?’. They have come up with concepts like ‘machine learning’, which allow computers to be taught and ‘neural networks’ which imitate the connections in a human brain using code. You can see the results of their research in software like Apple’s Siri, Google’s Assistant, Microsoft’s Cortana, or IBM’s Watson, though my favourite example is this project which tries to teach a computer to write new scripts for the TV show Friends.

There’s still a long way to go before these algorithms can truly imitate humans, but it’s an exciting area of research and one that is already showing up everywhere, from mining big data sets to find new patterns of behavior in cities, to things like Snapchat filters, which use a subset of artificial intelligence called computer vision to change the appearance of your face.

Rather than having our chatbot trying to pretend it’s human though, we thought it would be more interesting if you could talk to At-Bristol itself - specifically our Planetarium aka the Big Silver Ball.

Our chatbot doesn’t automatically learn like some but through your questions we, the humans of At-Bristol, will begin to train Big Silver Ball to be smarter. It already knows a lot about the Planetarium so you could try asking it about the solar system, or try to confuse it and see what it does! Even though we won’t pass the Turing Test, let’s see if we can bring Big Silver Ball to life! 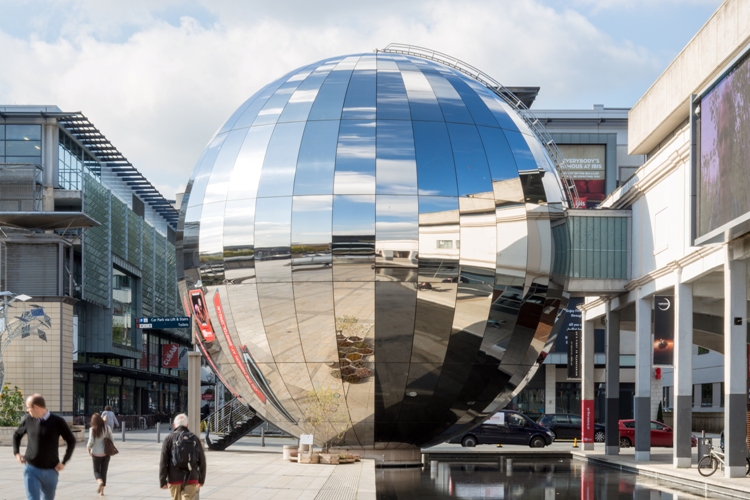 Click here to help us train At-Bristol’s artificial intelligence by talking to our Big Silver Ball.