Read | Where can I find planet Venus?

Have you ever looked at the sky early in the evening, just after sunset? Or maybe the early morning sky, just before dawn? You may occasionally have noticed a really bright point of light low down in the sky, just above the houses.

You wouldn’t be the first to notice it. In fact, people have been describing "the morning star" or "the evening star" for centuries. These days we know it’s a planet rather than a star. If you’ve ever spotted it, congratulations — you’ve found planet Venus!

Venus appears just before dawn or just after sunset because it's between Earth and the Sun. It’s the second planet from the Sun while Earth is the third.

The triangle in the left-hand image represents the view seen from Bristol in the right-hand image. As we go further into the night the side of Earth that Bristol is on will turn away from Venus, Mercury, and the Sun.

The Mystery of Venus

Venus is very bright, but not just because it’s close to Earth compared to many of the other planets. Its also covered in thick clouds that are reflecting lots of the light from the Sun back to Earth. This is why it’s the third brightest object in the sky after the Sun and the Moon. But what lies beneath those clouds?

Imagine you lived in a time before space probes and powerful telescopes. What would you think if somebody told you there was a planet almost the same size as Earth “next door” to us in space? What would you think if they told you this planet was close enough to see — shining bright in our sky — and yet we couldn’t see the surface because of thick clouds? What kind of planet would you imagine waiting for us beneath the clouds?

For years all we could do was imagine. People knew Venus was likely to be warm on the surface, because it’s closer to the Sun than us. Books, films, and comics from the end of the 19th Century and the first half of the 20th Century imagined tropical rain-forests, strange creatures, and warrior aliens.

We had no idea what the surface of Venus was really like until Russia began to land space probes on the surface in the 1970s. They found no rain-forests, no creatures, and no warriors. In fact they found no life at all.

The same thick clouds which reflect sunlight towards Earth and make Venus seem so beautiful in our sky also make the surface of Venus a hellish place. The clouds are so thick they act like a woolly coat around the planet, keeping the heat from the Sun trapped around the planet. The temperature on Venus is higher than 460 degrees Celsius - hot enough to melt lead!

The atmosphere on Venus is mostly made of carbon dioxide, so it would be poisonous to humans. The air pressure on the surface of Venus is about 90 times higher than the air pressure on Earth. It's about the same amount of pressure you'd feel from the water around you if you were 1km under the sea on Earth. Any astronauts who tried to walk around on Venus would be squashed.

None of the probes that landed on Venus lasted long before they were melted and crushed. But they did last long enough to send information and even photographs back to Earth.

Venera 13 landed on Venus in 1982. It was only expected to send back information to Earth for 30 minutes, but it lasted over 2 hours. It was the first probe to send back colour photographs from Venus.

The Surface of Venus

We can see features like Artemis Chasma — a huge crack that surrounds a circular ridge of rock called Artemis Corona. This crack is about 2100km from edge to edge. You could fit most of Europe into it. 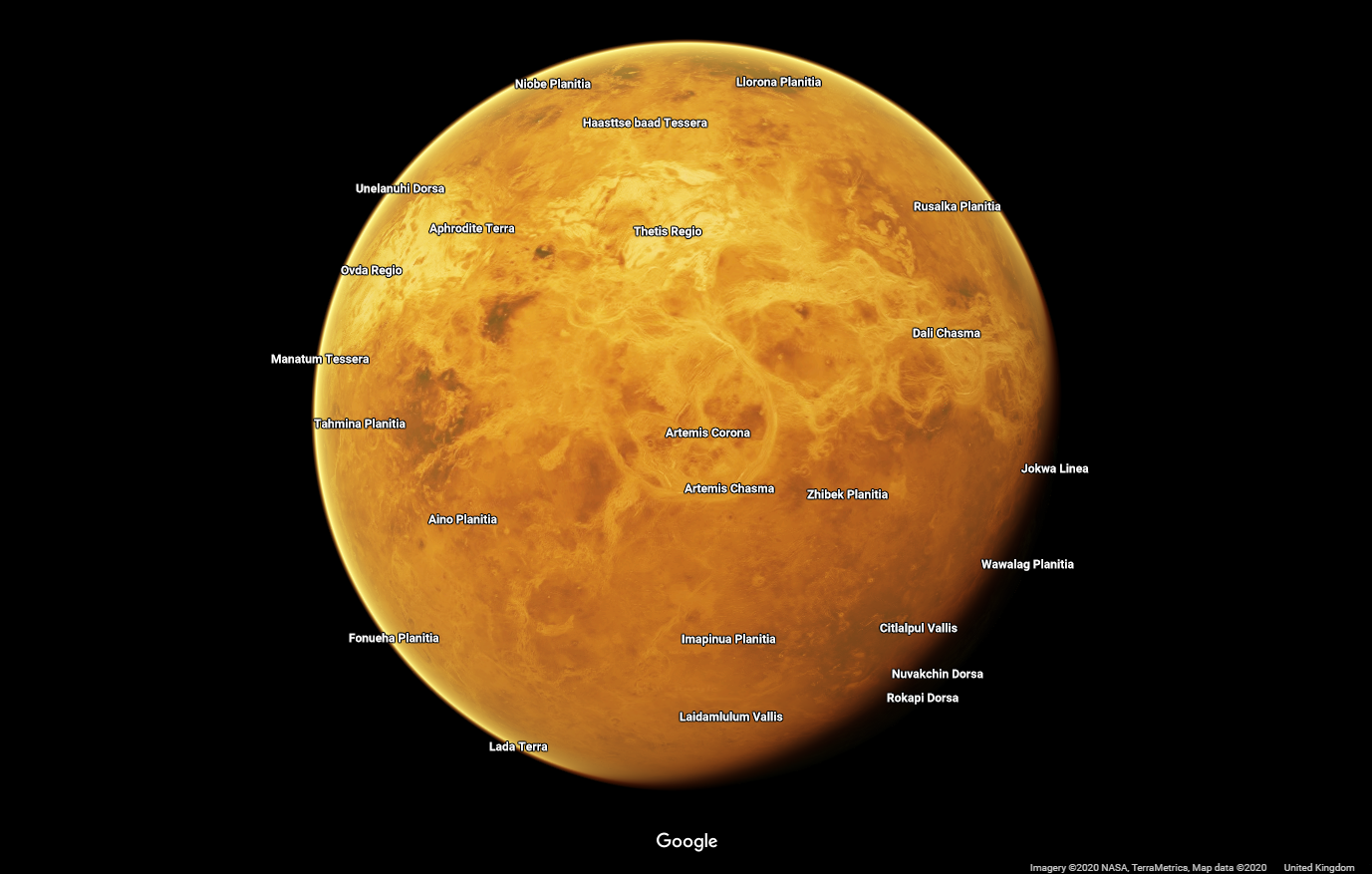 But just because we can now explore Venus from our living rooms, that doesn’t mean it can’t still fill us with wonder. Billions of years ago, before the Sun got bright and hot enough to turn any water on Venus into gas, there may once have been an ocean!

Some scientists think that Venus could have been a suitable place for life for around 3 billion years. That’s plenty of time for tiny, simple forms of life — microorganisms — to develop.

There may even be life on Venus today. Scientists have recently found evidence that some of the volcanoes on Venus are still active. Could the gases coming from these volcanoes be feeding microorganisms high above the surface of Venus where the temperature is mild?

The Future of Venus

There's still much we have left to learn about Venus, but more information will be on it's way soon. In 2021, three new missions were announced that will help us to understand how Venus became the dangerous world we see today.

NASA’s VERITAS probe is expected to launch between 2028 and 2030, while the European Space Agency plans to launch the EnVision probe in the early 2030s. They will both study Venus from orbit, mapping the surface with radar in much greater detail than ever before.

Expected to launch in 2029 or 2030, NASA’s DAVINCI+ will be the first probe to enter the atmosphere of Venus since 1985. As it falls through the clouds, DAVINCI+ will study the chemicals it encounters, as well as the temperature, pressure, and winds. Once it’s beneath the clouds, the probe will start taking high-resolution images - the first photographs taken of the surface since Venera 13.

After falling for an hour DAVINCI+ will land on the surface. The information it sends back will help us to understand what Venus was once like and why it’s developed so differently to planet Earth. This will help us to learn more about Venus-like planets that orbit distant stars.

Like it's predecessors, DAVINCI+ won't have too long to send back this information. It's expected to only last 20 minutes on the surface before it’s destroyed by the pressure and heat.

In the meantime, this beautiful yet hostile world can still be discovered with just our eyes. Just look for that really bright point of light low down in the sky, just above the houses.

If you’d like to find out a bit more about this amazing planet then take a look at the video below. It was originally live streamed on Facebook, and I use the free Planetarium software, Stellarium (download it here!) to look for Venus. 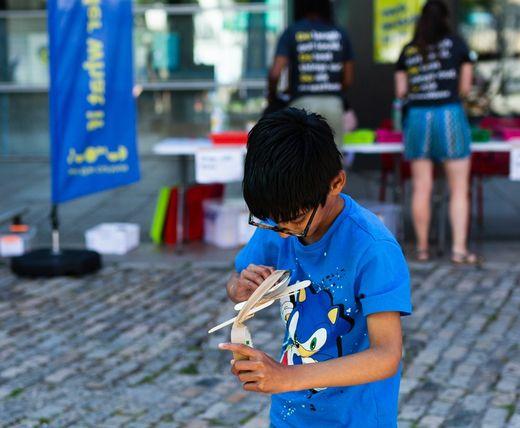