Read | Where can I find Leo?

During the Spring it’s possible to see one of the most famous constellations. It’s a favourite of mine because it’s big, bright, and easy to spot. There have also been some fantastic stories told about it over the years.

This constellation is called Leo. For centuries, when people have looked up at Leo they’ve imagined a gigantic lion racing across the night sky.

Constellations are patterns of stars that form imaginary pictures in the sky. There are 88 constellations that have been officially named by the International Astronomical Union. They cover the entire sky on both sides of the world and many of them have myths and legends from all over the world attached to them.

The sky is mapped with stories.

Certain constellations are only visible at certain times of the year. Leo is a great constellation to find in the Spring night sky on the northern half of the world — particularly in April and May.

Leo appears in the early evening and is visible for most of the night. By late July/August Leo will disappear from the evening sky and won’t appear again until late September/October, just before dawn.

The best way to find Leo is to find the Saucepan first. The Saucepan is an asterism that’s really bright and easy to find. An asterism is a pattern in the stars that lots of people know about but isn’t an official constellation.

Imagine a line stretching from the centre of the bottom of the pan right down to the horizon. Follow that line down until you get to a big, bright star. This star is called Regulus, and Regulus is the heart of our lion! 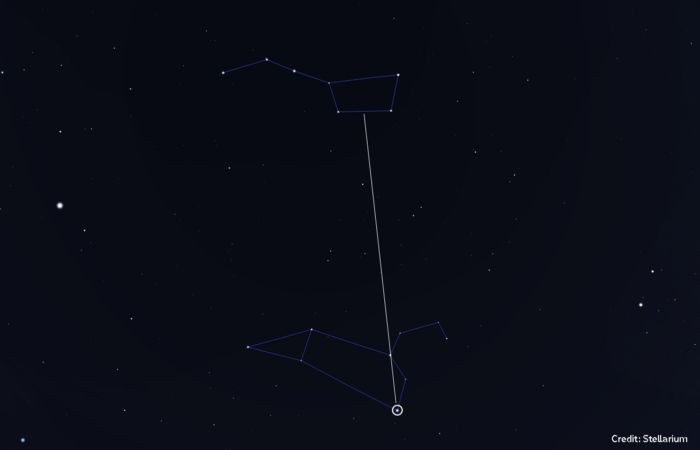 Regulus is the bottom of another asterism — a backwards question mark shape in the stars known as the Sickle. The Sickle is also the head of Leo. To the left of the Sickle is a triangle of stars that form Leo’s backside and tail. The brightest star of the triangle is named Denebola. This comes from an Arabic word meaning “the lion’s tail”.

Leo has a fantastic ancient Greek myth attached to it — the story of Heracles and the Nemean Lion.

What is the ancient Greek story of Leo?

Heracles (or Hercules to the Romans) was a mighty hero. He was given twelve labours, or tasks that he had to perform. The first of these tasks was to defeat the Nemean Lion — an indestructible super-lion from the Moon.

The lion was the offspring of Zeus, king of the gods, and Selene, goddess of the moon, and its hide was completely impenetrable! The lion had moved into a cave next to a village called Nemea and was gradually gobbling up the villagers. Nemea, by the way is a real place in Greece.

Heracles set off to defeat the lion but found that his arrows just bounced off the lion’s invulnerable fur. Heracles was forced to fight the lion bare-handed.

He chased the beast into its cave, where he proceeded to choke it with his mighty arms. With the lion defeated Heracles tried to cut off its pelt but even in death the lion’s hide remained impenetrable.

Heracles decided to use the lion’s own claws to remove the pelt and made himself an indestructible super-cape. The lion was placed into the sky where he remains to this day to remind us of Heracles’ victory! 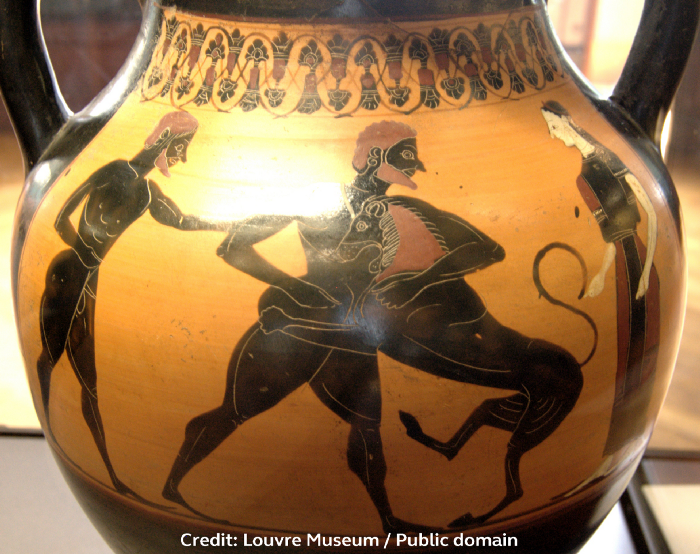 This story is very famous, and has been told in many different ways over the years. Disney’s animated Hercules film even contains a reference to the tale, with Scar from the Lion King playing the part of the Nemean lion!

But the ancient Greeks weren’t the only people to notice this shape in the stars. The Persians called Leo Ser or Shir; the Turks, Artan; the Syrians, Aryo; the Jewish, Arye; the Indians, Simha. All of these names translate as "lion"!

Are there other stories about Leo?

Archaeologists have found evidence that the ancient Mesopotamians had a very similar constellation to Leo that they would tell stories about as far back as 4000BCE! One of these stories may have been the tale of Gilgamesh and Humbaba the Terrible.

This story is part of the "Epic of Gilgamesh" — a poem found carved into stone tablets. It’s believed to be the oldest surviving works of great literature.

I find this incredibly exciting. Back when people in Britain were first learning how to farm, in another part of the world epic stories were being recorded for the ages!

Gilgamesh was a hero who journeyed with his friend Enkidu to defeat the giant, Humbaba. Humbaba was the guardian of the Cedar Forest — the home of the gods. Humbaba had a lion’s face, his roar was a flood, he breathed fire, and he even had super-hearing!

Gilgamesh defeated Humbaba and was persuaded by Enkidu to chop the creature’s head off. The god Enlil divided Humbaba’s seven “auras” between the fields, the rivers, the reeds, the palace, the forests, the goddess of the underworld, and the lions.

Perhaps this is why lions are so fierce? They are all carrying a piece of Humbaba the Terrible! 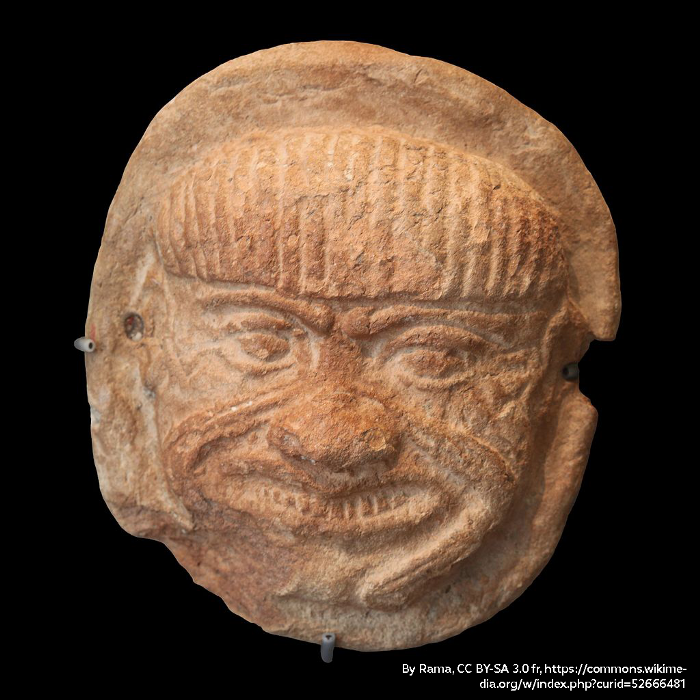 Next time you’re looking up at the Spring sky, try and find Leo the lion. When you spot it you’ll be looking at a pattern in the stars that has been capturing imaginations all over the world for over 6000 years!

If you’d like to find out a bit more about this constellation then take a look at the video below. It was originally live streamed on Facebook, and I use the free Planetarium software, Stellarium (download it here!) to look for Leo.